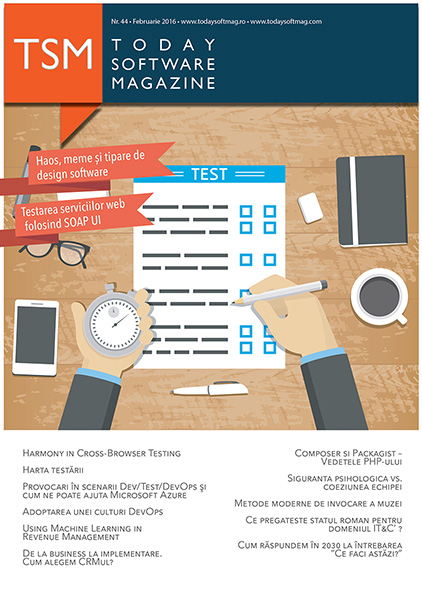 Calculation of salary in 2016

Year 2016 has certainly been an important year from the point of view of legal novelties. In the domain of remuneration, too, there have been a few important modifications, which we will present below. The minimum gross salary in force from 01.01.2016 to 30.04.2016 is 1050 lei.

Establishing the base salary below this level constitutes a breach of law and is sanctioned by fine from 1.000 lei to 2.000 lei, for each individual work agreement in which the minimum wage is established below the one mentioned above, in so far as, according to the law, the deed does not constitute a crime.

The finding of the contravention and enforcement of the sanction is done by the staff of the Ministry of Work, Family, Social and Elder People's Protection, through the territorial inspectorates of work in every county or in Bucharest, empowered, as appropriate, by order of the minister of work, family, social and elderly people's protection.

Moreover, the basic personal deductions have changed as beginning with 01.01.2016.

What is the basic personal deduction?

The deduction is an amount that is subtracted from the base of calculus of the tax on salary income, in view of detaining a diminished tax on income.

According to the fiscal code, the employees have the right to a deduction from the monthly net salary of an amount under the form of personal deduction, given for every month of the taxable period only for the salary income from the place where they have their main position.

The personal deduction is given to the physical persons who have a monthly gross income of up to 1.500 lei, inclusively, as follows:

• for the contributors who do not have anyone to support - 300 lei;

• for the contributors who have a person to support - 400 lei;

• for the contributors who have two people to support - 500 lei;

• for the contributors who have three people to support - 600 lei;

• for the contributors who have four or more people to support - 800 lei.

For the contributors who earn monthly gross incomes from salaries between 1.501 lei and 3.000 lei, inclusively, personal deductions are digressive from the ones above and are determined through a formula published in the Order no. 52/2016 regarding the adoption of the calculation for determining the monthly personal deductions for the contributors who make income from salaries in the main position, beginning with the month of January 2016, according to the provisions of article 77, paragraph (2) and article 66 of Law no. 227/2015 regarding the Fiscal Code, published in the Official Monitor in 25.01.2016.

For the contributors who make monthly gross incomes from salaries of over 3.000 lei, there is no personal deduction.

These provisions are not applied to employees who are exempt from taxes due to belonging to the criteria of exemption for the activities carried out in the area of software programs development.

A legal novelty of the year 2016 is the fact that the personal deduction is given to both parents for the under-aged children in their support. Until January the 2st 2016, only one of the parents could benefit from personal deduction for the child in support (according to their option).

• the husband or wife

• other members of the family, relatives of the contributor or of his husband/ wife up to the second degree, whose incomes, subjected to taxation or not, do not exceed 300 lei/ month (previously, 250lei), with the exception of the incomes stipulated in article 62 letter o), w) and x) and/or of the heir pensions according to the law, as well as those of social services awarded according to art. 58 of Law no. 448/2006 regarding the protection and promotion of rights of the disabled people, re-published with the subsequent modifications and amendments.

The under-aged children of the contributors, who are younger than 18 years old, are considered supported. For the under-aged child from previous marriages, the right to personal deduction belongs to the parent to whom the child has been trusted and to one of the spouses who form the new family.

In the situation where in a family there are more children in support, with the exception of the under-aged children, they will be given to one of the parents to support, according to an agreement between the parties. In these situations, the contributors will give to the payer of income either a declaration from the husband/ wife, either a certificate issued by his/ her payer of income from salaries, which states the number and identity of the children in support of each spouse.

Risk and accidents - according to the CAEN code

Here is an example of calculation of salary, in two versions:

Total taxes for the employee = 265

Total taxes for the employer = 240

2.Employee with a minimum salary of 1.250 lei, with no people in support.

Total taxes for the employee = 325

Total taxes for the employer = 285